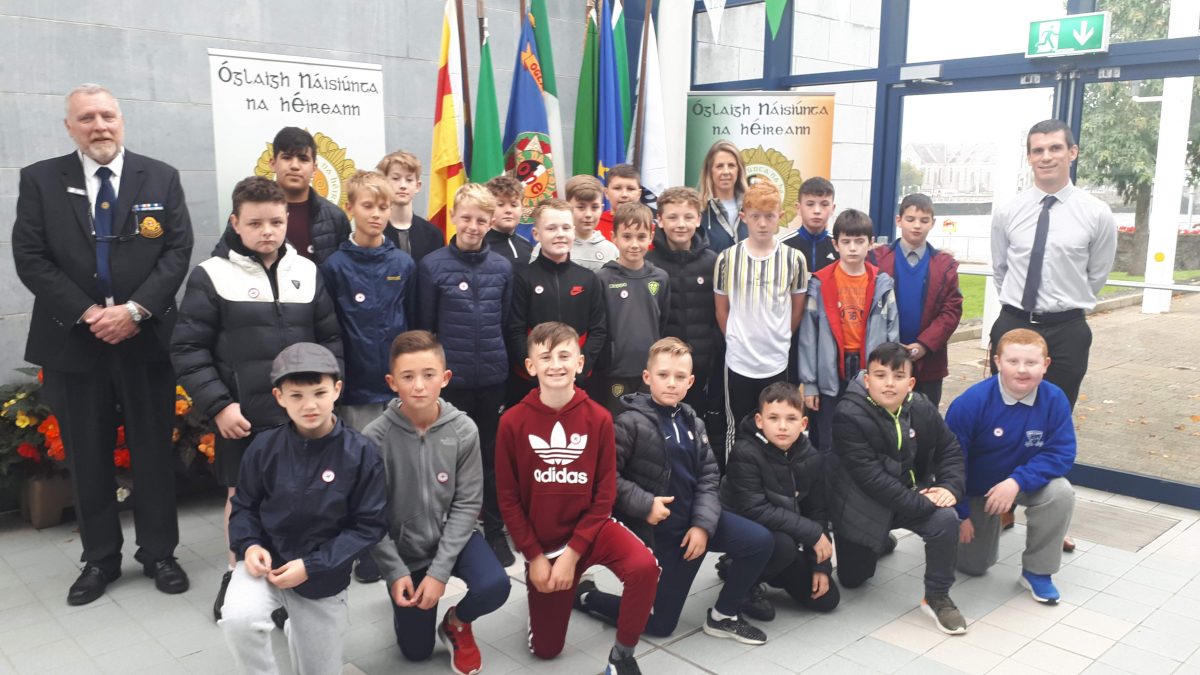 The boys from sixth class were really delighted with their visit to City Hall where the viewed the exhibition which commemorates the men and women of Limerick who have served in our armed forces, in both combat and peace keeping roles. They received a special welcome from our caretaker Mr. David O’Dwyer, himself a former member of the Irish Army who served on peace keeping missions with the UN.

Web Design by Design Locker
By continuing to use the site, you agree to the use of cookies. You can find out more here.OkNo